Yountville is home to many of the finest dining destinations in Wine Country. In fact, Yountville restaurants are among the best in the whole country. You don't want to pass up this foodie haven.

Chefs here take their culinary cue from the organic garden just steps away. Freshly picked veggies arrive on your plate with colorful character. Even the sweet corn, squash and pole beans seem chic. Standout entrées include locally raised lamb, duck, beef and poultry. You have plenty of seafood options too.

Head to the bar for both big and small bites. Creative cocktails, featuring unexpected twists of pineapple, cucumber or chiles, plus specialty beers and wines-by-the-glass round out the delectable menu.

Return to top of Yountville Restaurants

Chef Thomas Keller opened this spot in 2006, charming guests with hearty, down-home meals. The price is set ($56) and so is the nightly menu, so you won't know what you'll be served when you make your reservation. If you just can't stand the anticipation, call the day before to ask for the menu. Love stick-to-your-ribs dishes like succulent hickory-smoked ribeye with spring vegetable succotash and sweet potatoes? Then, you'll love this casual-yet-somehow-chic restaurant.

Brix was completely revamped in 2019, giving it a fresh, new vibe, along with fresh flavors. Want a spot to relax? Head to the spacious patio and drink in gorgeous views of the Mayacamas mountains, plus nearby grapevines and gardens.

Bouchon has a luxurious Parisian mood and a menu to match. Renowned chef Thomas Keller (of the French Laundry) is behind this gem. It's no wonder this is one of the busiest Yountville restaurants. 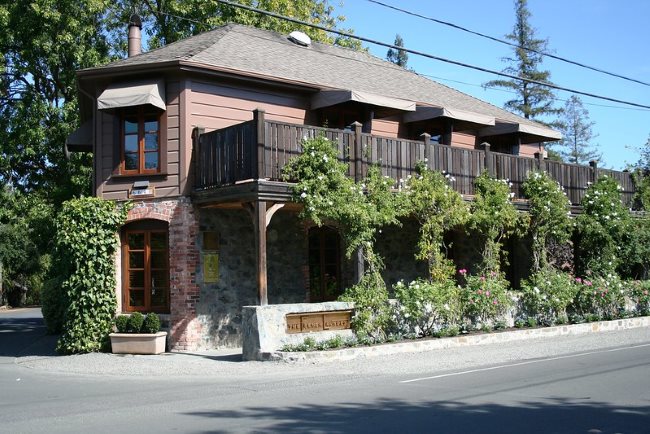 Owned by chef Thomas Keller, French Laundry is one of the finest in the country, if not the world. Two nine-course prix fixe menus are offered each day, and each dish is a work of art. Easily the priciest in the valley -- dinner for two with wine, tax and tip can surpass $700. Tables are coveted here and reservations hard-won. Call two months in advance.

Return to top of Yountville Restaurants

At the north end of a street lined with restaurants is Ciccio. It is family-owned and its roots in Napa Valley run deep. Fresh veggies and herbs come from the family farm that's been here since 1855. You'll find the menu is divided into two parts: "pizza" and "stuff that isn't pizza." The menu here changes often to showcase the freshest ingredients available. Open Wednesday through Sunday.

Bottega is a foodie's dream-come-true. This hot spot showcases celebrity chef Michael Chiarello's signature Italian dishes with a twist. You'll savor the ambiance, too. Bottega is located in the historic Groezinger Estate, one of the oldest wineries in Napa Valley. 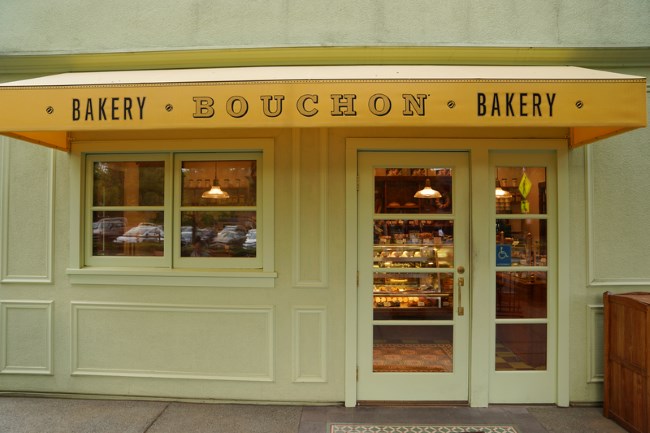 This is Wine Country's answer to the sort of bakery you'd find in France. Another brilliant gem from chef Thomas Keller, it's worth a visit if only to take in the delicious aromas and gaze upon the sweet indulgences in the glass case. But I bet you can't resist the scrumptious lemon tarts, buttery croissants and bite-sized Chocolate Bouchons. Stop in for the perfect pick-me-up while strolling through town -- or for satisfying picnic fare, such as quiches, sandwiches and salads.

Grab a boxed lunch to go at this popular spot behind Thomas Keller's Ad Hoc restaurant. You have only three choices here. But you won't mind because for under $20, you'll savor the hearty, down-home goodness of buttermilk fried chicken, barbecued pork ribs or a pulled pork sandwich, along with some tasty sides. Order ahead and be prepared to wait a bit. You can snag a picnic table behind the restaurant.

What's your favorite sandwich? From the eye-opening California Salmon Bagel (it's a satisfying breakfast all on its own)...to the hearty Y-Deli Club (roasted turkey and ham stacked with avocado, crispy bacon and monterey jack on toasted sourdough)... you're sure to find it among the specialties here.

Budget-friendly, this is a hot spot for locals (which says something in this restaurant-rich town). Vegan options, fresh salads and scrumptious sides round out the menu. Oh, wait... don't leave without trying Annie's freshly baked cookies (yum!). In a hurry? Get a boxed lunch to go.

Due to the COVID-19 pandemic, many of the wineries, restaurants and entertainment venues featured on this site have new guidelines for visitors. Some have temporarily closed, changed their hours of operation, or have new restrictions. It's a good idea to check with businesses before your visit.

Unauthorized duplication or publication of any materials is prohibited and protected by DMCA.